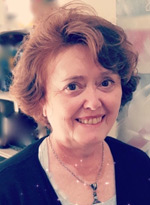 Having trained in Craniosacral Therapy with Franklyn Sills in London and at the Karuna Institute in Devon, UK (1995/6), Terry was invited to train to teach the biodynamic work over five years with Resonance Trainings and Paul Vick in Australia and New Zealand. Terry completed the Advanced Diploma in Biodynamic Craniosacral Therapy with Resonance Trainings in 2003.

Terry realized her passion for helping people during her first year at University studying Soil Science where she met a Physiotherapy student and was inspired by potential for healing in this profession. After graduating in Edinburgh as Physiotherapist in 1972 and for most of her professional life Terry has had articles published, presented conference papers and key lectures in Edinburgh, the UK, and Australia.

During her Physiotherapy student days Terry developed a keen interest in working with women in pregnancy, during birth and then with new mothers and the newborn. She continued on after graduation specializing in this field for over 25 years, teaching with the Childbirth Education Association and consultant to the Nursing Mothers Association.

Terry is also a Reiki practitioner and deeply acknowledges her teacher, Barbara McGregor and the practice of Reiki to the beginnings of her consciousness of the metaphysical causation of disease, the mind-body connection and felt sense of how the body heals itself. This led naturally to the development of a biodynamic and resonant way of being in life and presence with the patient's system.

Terry has three children, four grandchildren, a cat and loves walking, playing Bridge, practicing Dru Yoga, cooking and playing a host of games on her iPad!

Terry continues to be inspired by the profound nature of the biodynamic and resonant approach to life and work, in the body's drive towards health and in its innate ability to heal itself. 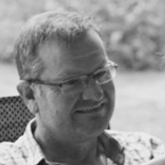 Brendan's focus is on the family, specializing in the treatment of babies, children & birth process related issues.

When Brendan left school, his passion for understanding how things worked led him to become a motor mechanic. He became involved with engineering, pulling things to pieces and figuring out how they worked and getting them going again. During that time he developed an interest in Complementary therapies, particularly massage but massage didn't fit the bill completely, so he left the engineering world & began training in Osteopathy, engineering of a different sort, with a great perspective to view the human organism.

Brendan did not complete his thesis nor pursue Osteopathy as a career and instead trained in and graduated as a Remedial Body Therapist and in the following years he completed his Biodynamic Craniosacral Therapy (BCST) training with Resonance Trainings and Paul Vick in 2002, and the Advanced Diploma in Biodynamic Craniosacral Therapy in 2003. Brendan also began his training to teach the biodynamic approach & became the Administrator for Resonance Trainings in New Zealand in partnership with Paul Vick.

Brendan has also taught business practice workshops and facilitates Birth Process Womb Surround workshops. He continues to attend courses in Brain science, attachment, education and development. Life, relationship and supporting our community is an absolute passion, particularly giving children a voice. Brendan is working toward an Educators certificate in Pre and Perinatal Psychology hosted by APPPAH, the Association for Pre and Perinatal Psychology and health, and he is training in Experiential (Hakomi) Psychotherapy. Brendan has initiated groups of people to study Giraffe language, (Developed by Dr Marshall Rosenberg, otherwise called non-violent communication but it is not called that because there is no official facilitator).

From its inception Brendan has held many positions, including Chairman, on the Executive Committee of the Pacific Association of Craniosacral Therapists (PACT), an organisation set up to support the BCST community in the Australasia-Pacific region and to assist in broadening awareness of Biodynamic Craniosacral Therapy.

Brendan brings new elements, depth and understanding to the nature of the biodynamic and resonant approach to Craniosacral Therapy, and works together with Terry Collinson as 'Stillness Trainings'.